Don’t Act Like You “Care” About School Reform, But Ignore the Life and Death Issues Black People in America Face 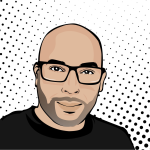 In recent months, notable people within school reform circles have locked horns over a trifling question: Does the inclusion of social justice activists, people derided as “warriors,” in education reform threaten the bipartisan peace by introducing unrelated issues into the mix?

Are we marginalizing white conservative school reformers by making them confront the life and death issues people of color and other marginalized populations face every day as Americans?

I’ve been asked repeatedly, “Do we really need to include those other issues if our goal is to improve education?”

My response has been, “other issues?”

As if any of us live compartmentalized lives where our hearts, minds, and bodies are only impacted by one institution at a time.

As if we aren’t the sum total of a maddening portfolio of experiences—many of them negative—across institutions that reaffirm the Dred Scott ruling saying Black people have had “no rights which the White man was bound to respect.”

That portfolio of experience comes with compounding interest over the life span of a Black person, and it pays dividends in frustration, anger, and resistance.

If you are without this portfolio of experience you might be inclined to first deny, invalidate, belittle, reframe, obfuscate, and sequester Black pain so you can remain comfortably dispassionate, and plausibly ignorant to the factors that provide you with social advantages. You are part of the problem. Enjoy your privilege.

The truth is that Philando Castile hit one of our prized education markers by graduating high school and then getting a legitimate job with better-than-average benefits.

Yet, his high school, Central High School in St. Paul, Minnesota has been in the spotlight for its on-campus policing. A member of Central’s Black Student Union recently told me students are tired of feeling intimidated by school resource officers in their own school.

The St. Paul school district where Castile worked has recently paid its superintendent Valeria Silva nearly $800,000 to walk away after a successful union-driven campaign to oust her over her racial equity plan. Teachers even circulated a petition stating openly their objection to her working with Black Lives Matter.

At J.J. Hill Magnet, the magnet school where Castile worked, only 8 percent of Black males are proficient in math, 16 percent in reading.

When that beautiful little Black girl who watched Castile die enters St. Paul Public Schools next year she’ll face teachers who are quick to be justice activists when it suits them, while also defending anti-blackness when it doesn’t.

It would be easy for education reformers to focus on those damning stats and make an appeal solely on that basis, but to be successful they need to show good faith by rallying on the issues of justice so germane to Black existence. They should stop grasping stubbornly and foolishly to the idea reform only works if those other issues are sidelined.

Having to break it to your children that their country is all about liberty, justice, and the American way with one glaring Black exception, that is not an “other” issue.

Yes, education reformers stand on firm ground when they indict the public education system for outstandingly bad results with people of color. Yet, I predict they’ll have trouble convincing communities of color of anything so long as they fail to close their empathy gap when it comes to issues of justice.

An original version of this post appeared on Citizen Ed as It’s Time Education Reformers Admit Life and Death Isn’t an “Other” Issue.
What do you think?