The Hate I Get About “The Hate U Give.”

While The Hate U Give is a best-selling book and top-rated film, I’m getting some real pushback from my administration about having my students read the book and see the film in my English Language Arts class, despite its obvious cultural and societal relevance. This confirms my premise that White administrators are often disconnected from the lives of the Black/Brown children that attend the schools they run. This disconnect is academically harmful to students and contributes to the achievement gap which is a result of the inequity that permeates the lives of Black folk.

This fight I’m having represents the struggles that Black teachers go through all the time. The inequity in education runs deep. Black children get substandard educations because they lack a true opportunity to see themselves in their course content.

My students asked if we could read The Hate U Give in our class. I told them “sure” and submitted a field trip request to the administration to see the film version either after or before we read the book. (Both have their advantages.) I was told that I needed to provide curriculum for the book.

I was happy to do this; in fact, the New York City Department of Education (NYC DOE) actually had a pre-screening of and discussion about the film. I provided what was requested and was asked to provide proof that the DOE supports the teaching of this film. I forwarded the email I had about the pre-screening. Then I was told that there was a problem because the film is rated PG-13 and I teach seventh-graders who are not yet 13.

I sensed  it before. Now I knew there was a definite issue with me teaching my students The Hate U Give. This is my third year at this school and in that time I know that seventh-graders have seen two PG-13 films. Neither one was a part of any curriculum. It was simply a movie trip. Why all the pushback now?

I decided to be strategic and professional in my educational advocacy. It’s easy for me to go off because I’m so passionate about my students and the type of education that they receive, but allowing my emotions to lead never pays off in the end.

I approached a member of the PTA board and presented the issue and my concerns. I received immediate support. That home school connection is so important! Parents, you have so much power! I was sure that this would be the end of the fuss once the PTA spoke with the Administration. If only things were that easy. After receiving a written letter of support from several members of the PTA, my school leaders requested that I meet with them in person. I wrote the following response:

I would like to be a part of this conversation, as I think my insight and perspective as the teacher is a unique and needed voice in this dialogue and decision-making process about whether or not to teach The Hate U Give.

In anticipation of this meeting, I have attached some reading/study materials about culturally relevant pedagogy/culturally responsive teaching. This research has informed my teaching style, perspective, and practice most poignantly. Teaching a book like The Hate U Give is fertile ground to unleash and engage the intellectual potential that exists in students of color the too often goes untapped.

Thank you. I look forward to meeting with you both. Until then, be well.

The research I forwarded came from Dr. Gloria Ladson-Billings and Dr. Zaretta Holland, the originators of the phrase “Culturally Relevant Pedagogy” and premiere educators and researchers of link between culture and learning for Black children.

According to Dr. Ladson-Billings,

Culturally relevant pedagogy is premised on three things. One, a laser-like focus on student learning. Two, an attempt to develop in all students cultural competence. What I mean by that is you help kids understand assets that are part of their own culture, while simultaneously helping them become fluent in at least one more culture. So it would mean youngsters of color have to learn the mainstream culture, but at the same moment youngsters in the mainstream need to learn some other cultures.

Youngsters of color also need to value the culture they have. And the third piece is what I call socio-political consciousness. Kids say, “Why do we have to learn this?” And what I’m saying is a culturally relevant teacher has thought about this and has answers for why a subject or topic is important.

I thought this rousing definition of culturally-relevant pedagogy would surely wake my administrators up.

I was invited to the meeting with administrators and the PTA, and even with well-thought out responses for what I planned to teach, how I planned to teach it, and why it was important to include this book in my seventh-grade curriculum, I do not have permission from my school administrators to do so. To tell you the truth, I don’t even know if I need their approval or to what extent and I voiced as much. The compromise we arrived at was to have an after-school book club where students signed up with the permission of their parents. The club would run for 1/2 an hour for 6-8 weeks.

Some might say this is a win-win, but for me, this is another slap the face for venturing to teach in a culturally responsive way. Did I mention that the person making the decision has yet to read the book or see the movie? Yet, I must follow your lead on how/when/why and really why not to teach The Hate U Give.

The hate I get for wanting to teach the The Hate U Give has been yet another stark eye-opener to what  Black students and Black teachers are up against when we just want to teach and learn about us. It’s no less of a crime than it was for an enslaved African in America to learn how to read.

The educational attainments of Black children has never a priority in this country. Many roadblocks have been built to prevent that very thing from happening. God forbid we have Black students who feel empowered by seeing themselves, their histories, and their experiences be the focus of their educations beyond Frederick Douglass, Martin Luther King, Jr., and Rosa Parks.

America, the educational blood alone on your hands reeks with guilt and overt omission. I’m here to protect my students from being another one of your casualties because of the hate YOU give to them. 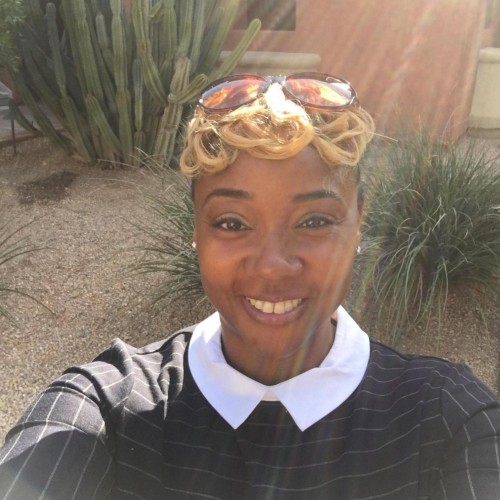