Angry White Teachers On The Internet (and their Colored Friends)

In all my writing about public schools you’ll find a consistent claim that public schools are insufficient to the task of educating black children. That message angers people, especially those working in district public schools who feel under “attack” by big money school reformers who want to “privatize” public education.

Often I publish a blog post and a special brand of internet activist comes for my head.

To be frank, the loudest voices depositing electronic sharts into my inboxes are Angry White Teachers. Some I know because they are repeat offenders, others I come across randomly, like Steven Singer.

Yesterday I read Professor Julian Vasquez-Heilig’s blog post intended to calm fears that the NAACP has backed off its horribly misguided call for a 10 year moratorium on charter schools.

In the post Heilig says he had a phone call “with blogger Steven Singer today assuring him that the moratorium has not been rolled back.”

He must be important if he can demand assurances that our colored civil rights elders have not gone off-script?

We are awesome, the kids are jacked up

They’re angry because they feel blamed for poor school performance by people who don’t teach, don’t know how to teach, and will never teach.

Singer, Cody, Thompson, Greene, Rubinstein, and Johnson are (or were) K-12 teachers. The others are university professors (including one who has been accused of cooking his studies to favor union positions).

Starting at the top of the list, Singer is a language arts teacher in the Greater Pittsburgh area. Only 15% of black students are proficient in his school (there’s a 33 point gap between them and white students).

All student groups in his school are below the state averages for proficiency.

A fierce charter school critic, Thompson taught at Moon Middle School in Oklahoma city school. He admits Moon was so “troubled” they were cited one year for having an 80% suspension rate.

That school earned a “F” letter grade from the state for it’s academic performance.

Greene, who admits on his blog that he is not a “super teacher,” is a veteran educator in Franklin, Pennsylvania. Franklin Area High School where he teaches has mediocre results with a student population that is 92% white (only 4% black and 1% Hispanic).

Rubinstein teaches in a “public” school that filters out students with low test scores during the admissions process. Last year that school admitted 1,000 freshman, but only 13 were black.

None of these angry white teachers can best Shaun Johnson. He is clearly the angriest.

Johnson once peevishly told me that being a black parent conferred upon me no special insight into the educational needs of my children. Only his Ph.D could do that. The problem as he saw it was that too many teachers were allowing do-nothings like me to shout them down in discussions where they were the obvious experts.

At the time was a teacher at Malcolm X Middle School in D.C. which had a whopping 0% of its fourth graders, students Johnson called “poor as dirt” for “lack of a better phrase,”  proficient in math and English.

This kindergarten teacher, someone we trust with vulnerable students, was quoted by Education Week as saying teachers need to start “cracking skulls” to protest school reform policies.

Talk about channeling the spirit of Trump. I struggle to find a similar level of vituperative enemy imaging in the school reform movement.

These teachers are part of a national network of angry, fearful, threatened teachers who believe a dystopian future might befall public schools any moment now.

Singer serves as a steering committee member for a group most symbolic of angry teacher activists, the Badass Teachers Association.

They are not here for your school reform bullpoop. They state explicitly they will not be held responsible for educational outcomes with students who are disadvantaged by not being white and middle-class.

At the top of their vision statement, there is this skid mark:

This is for every teacher who refuses to be blamed for the failure of our society to erase poverty and inequality, and refuses to accept assessments, tests and evaluations imposed by those who have contempt for real teaching and learning.

Here’s a visual of their leadership (I’m not sure this is current, or for what region):

It’s interesting how their board of directors, executive directors, and steering committee have only 3 visibly black members, none of whom are black males.

I imagine a conversation with those unfortunate few black folks on this roster would look like a little like this:

Singer is also a member of the Education Bloggers Network, which, according to their website, is a “confederation of more than 200 education reporters, advocacy journalists, investigative bloggers, and commentators.”

That message is captured in a recent piece Singer published in Huffpost: “U.S. Public Schools Are Not Failing. They’re Among The Best In The World.“

All will be fine.

Study their social media accounts and you’ll see why I call them Angry White Teachers. The worst Trump deplorables could learn lessons from them about distorting the messages of political rivals and deriding those rivals as all kinds of liars, stooges, traitors, money hounds, or selfish monsters.

Ask television journalist Campbell Brown. They summoned the powers of Photoshop to depict her as a brainless twit controlled by rich white men.

I know Campbell Brown. Whatever you think of her no person with even limited interactions with her will say she’s without agency, intelligence, or her own thinking about education issues.

Ask yourself, what serious, educated person (or group) would produce such trash? Should this be the product of people America trusts with children?

The above sexist and infantile exercise in bad meme making is the product of two union-funded groups, New York Communities for Change and the Alliance for Quality Education.

This is how angry white teachers and their ideologically aligned foot soldiers participate in the national dialogue about improving education.

In 2013 she wrote about “a union boss publicly referred to me as “that Asian bitch” and a blogger called me a “dickhead.”

The “union boss” who roasted Rhee with bigotry was Ceresta Smith. For the record, Smith is not an angry white teacher. She is their dream: an angry black teacher who enjoys red t-shirts.

Here’s the video of Smith spewing racism to a crowd of angry white teachers: 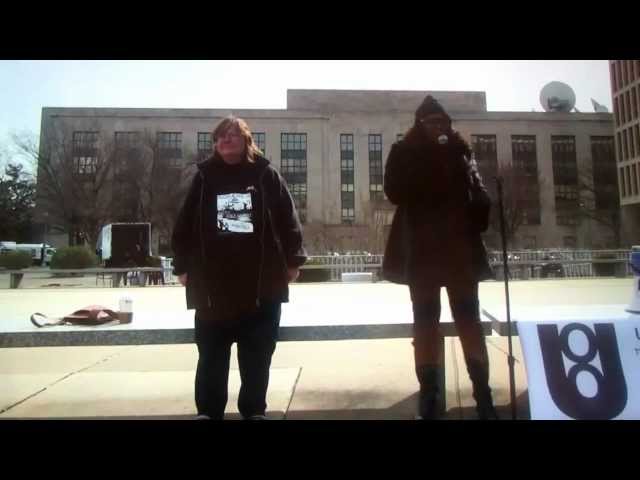 The thing angry white teachers (and the colored people who love them) are good for is keeping the education debate out of their classrooms, out of their schools, and out of their area of control.

They are not responsible and want pay without performance.

If nothing else, that should make us angry black parents. 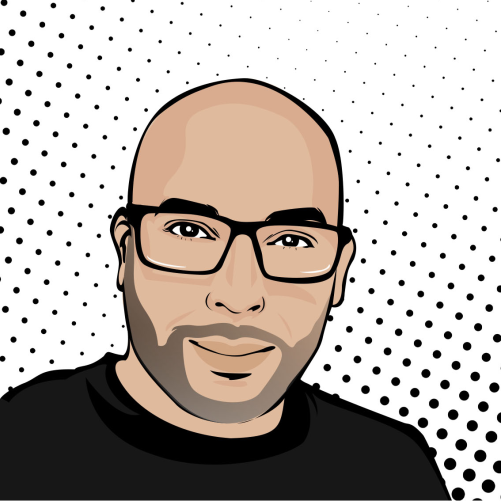