Season 2 of ‘13 Reasons Why’ Is Here. As a Principal, This Is Alarming.

Last year, when our school social worker told me about a new series, “13 Reasons” I was incredulous. To me, it was yet another example of how children in America are bombarded with unhealthy messages. The popular show is now in its second season. The fact that the show is released when many students are out of school and have less access to mental health support (if they have any at all) is particularly troubling. Read Erika Sanzi’s take on the second season of this show.

May is Mental Health Awareness month and that is either the perfect —or most imperfect— time for the release of Season 2 of the wildly popular and controversial Netflix series, Thirteen Reasons Why. Parents and schools were caught off guard last year when suddenly teens and tweens were binge watching a new 13 episode series that included graphic rape and suicide content, including a prolonged and very bloody scene in which the main character takes her own life. As I began to hear of middle schoolers watching the series I got concerned and curious and watched all thirteen episodes over the course of two days. I subsequently wrote about the series, as well as my concerns and those of others, in an effort to at least get the show on the radar of parents and school personnel.

Here’s a short excerpt of what I wrote a year ago:

Middle schoolers and high schoolers across America are buzzing about the now controversial Netflix series “13 Reasons Why” which attempts to tackle the painful issue of teen suicide.  Despite its “Mature Audience” rating and despite the serious themes and graphic rape and suicide scenes, many parents are finding themselves behind the eight ball, unaware that the series even exists let alone that their children are watching the thirteen episodes on their phones and tablets, totally cut off from the adults who love them most.

I watched the entire series and while I found it gripping in ways, I became extremely concerned about how tweens and teens who I knew had to be viewing it as well. I did a bit of digging and discovered that indeed, middle schoolers are watching it in droves and others are asking their parents if they can watch it.

This series is no joke. A tenth grader takes her own life, on screen. The scene is graphic and hard to watch. And it is bloody. The premise is that before ending her life, she records 13 cassette tapes for the 13 people she blames for her feeling so hopeless that the only solution she can see is to commit suicide.

Season 2 was released last Friday, May 18th, and while it is clear that the producers of the show did take much of the criticism and outcry by parents and mental health experts to heart, there is still reason for all of us to remain vigilant. In season 2, each new episode will be preceded by a “trigger warning” and there is “new after-show content titled “Beyond the Reasons,” in which actors, experts, and educators will break down the darker plot threads of each installment which include suicide, rape, sexual assault, bullying, substance abuse. This appears to be an attempt by Netflix to help young viewers process what they have just seen and could prove to be especially important for viewers who are middle and high schoolers watching the series alone, perhaps without even the knowledge of a single adult. Obviously the hope is that viewers will stay tuned for the post-show discussions instead of just jumping to the next episode, though that is the very definition of binge watching so it’s hard to be optimistic.

Mental health experts across the globe have formed a coalition called SAVE (Suicide Awareness Voices of Education) and issued an international alert regarding the release of season 2. (*All members of this international coalition known are listed below)

The statement says, in part:

We want to make sure the public is aware and prepared for the release of season 2 so that they can be informed and available to youth who want to talk about the issues in the series, as well as for those youth who struggle with the content. While we hope that the series will encourage important conversations and more positive, healthy behaviors, we also are concerned that the series could have negative outcomes for some youth. (The full statement can be downloaded here.)

The impetus for the alert and the 13 Reasons Why Toolkit, at least in part, are the findings of a study published in The Journal of the American Medical Association that “found a significant increase in internet searches on suicide following the release of season 1.”

According to The Atlantic, “Google queries about suicide rose by almost 20 percent in 19 days after the show came out, representing between 900,000 and 1.5 million more searches than usual regarding the subject.”

More from The Atlantic:

The study, published at JAMA Internal Medicine, used Google Trends to monitor certain search terms regarding the subject of suicide, like “how to commit suicide,” “suicide hotline number,” and “teen suicide.” Seventeen out of the top 20 searches were significantly elevated, and the biggest increases came with terms related to suicidal thoughts and ideation, like “how to kill yourself.” The time period for searches ended on April 18 to preclude the suicide of the former NFL player Aaron Hernandez, which could have influenced data, and any searches related to the movie Suicide Squad were discounted.

And from USA Today:

These findings are worrisome. To be sure, the observed increase in doctors’ visits for suicidal ideation could reflect an increase in the number of teens seeking help as a result of viewing the show.

Even so, when the increase is taken together with the documented jump in online searches for ways to commit suicide, the alternative explanation of contagion in suicidal thinking is impossible to ignore. Unfortunately, national mortality statistics lag by several years, so we don’t know whether actual suicides increased after the show’s 2017 release.

Another criticism of season 1 was that the biggest bullies in the show faced minimal consequences.

According to Variety Magazine:

The most-tweeted-about show of 2017, “13 Reasons Why” viewers did not hesitate to share their thoughts on Season 1’s handling of difficult topics such as suicide, sexual violence, and bullying. One common critique of the show argued that none of its bully characters faced sufficient consequences for their actions. Derek Luke, who plays school guidance counselor Kevin Porter, told Variety that the feedback informed the Season 2 script. “Our Season 2 was affected obviously by the writers’ room, but it was also affected by the outcry of fans who wanted some type of redemption,” Luke said. “We all went in there feeling a burden to deal with the hurt. Some of that hurt is in the shape of an antagonist that I think people will love to see get dealt with.”

So buckle up everybody. It’s hard to imagine that Friday’s release of season 2 won’t have people logging in to Netflix en masse and at least this time we know that that part of what makes the show so gripping—addictive even—is precisely the fact that it deals with topics that are difficult, dark, and yes, very real.

Thankfully, teachers, parents, and school leaders will be better prepared this time around and Netflix’s efforts to do a better job in providing supports and resources for viewers are a welcome change. But at the end of the day, this show deals with a multitude of serious, painful, and hard-to-talk-about subjects for adolescents and parents. We as adults really do have an obligation to be plugged in and paying attention—and asking— if our kids and other kids we know and care about are watching it and the impact it may—or may not—be having on them. This will take a village.

The following topics are all a part of Season 2 of Thirteen Reasons Why:

More from the Suicide Awareness Voices of Education

(All of this is copied and pasted directly from the here.)

In order to help reduce the risk of suicide contagion, the coalition implores media covering this story to be cautious and follow international messaging recommendations when reporting on the topic of suicide:

In all media reports, it is important to include factual information on suicide rates, warning signs of youth suicide (www.youthsuicidewarningsigns.org), as well as information on helplines and support services for adolescents and concerned parents.

When reporting on mass shootings, media are encouraged to follow recommendations found at:

An overview of helplines and support services for people in distress in different countries, can be accessed via:  https://www.iasp.info/resources/Crisis_Centres 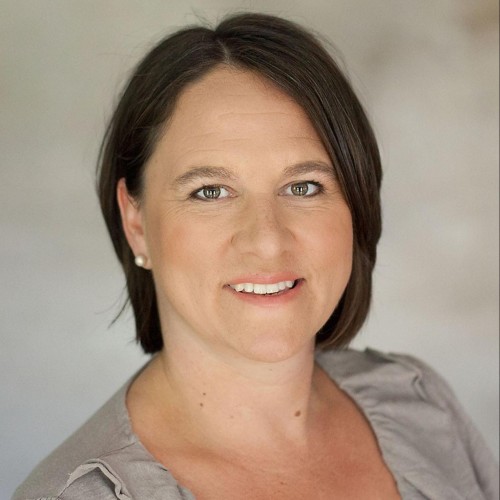