Being in urban education is hard work.  Some might say that being an education leader in an urban environment is even harder work.  To further emphasize this reality, the Hechinger Report highlights the locus of responsibility for teachers and school leaders:

A 2009 study by New Leaders for New Schools found that more than half of a school’s impact on student gains can be attributed to both principal and teacher effectiveness – with principals accounting for 25 percent and teachers 33 percent of the effect.

That can feel like a lot of pressure to teachers and education leaders, can’t it?  But it is a lot of opportunity too.  Opportunity to learn and to teach; leadership at its best is a reciprocal relationship.  So, yes, it’s hard work.  And being a leader in urban education that leads, manages, coaches, and mentors in a culturally proficient way is even more challenging. But it can be done.

To be clear, urban school leadership isn’t all doom and gloom.  In October 2017, Sharif El Mekki shared lessons learned in his 15 years of school leadership.  As a former school principal, I can absolutely see the significance of each lesson listed in the article.   One of the most fantastic elements in what we learn as a principal is that we have the opportunity to apply these learnings in multiple parts of our lives and to share this newly acquired information, skill, and mindset  in ways that transform ourselves and other people.

But why are we talking about school leadership and education leadership in an article on the impact of white tears?

In the article, Black Educators Share Their Thoughts on What Happens When White Women Cry in Schools, five African Americans shared their thoughts on their experience with white tears. Since this original article, a number of readers expressed interest in hearing from other perspectives, to see how folks are working through the impact of white tears in their schools and to hear the root cause of what is leading to these tears.

As such, the purpose of this article is:

A Black veteran teacher at an urban school talked about a time when there was a fight at her school.  She and several other Black teachers were able to break up the fight and get the girls to calm down.  Half an hour later, a student went into the room of a white female teacher (there were less than 10 students in the room) and punched another student in the face.  According to the Black veteran teacher, the white female teacher was shaken and was

…crying, crying, crying.  The principal sent her home.  Not once did they ask if I was ok or if the Black female teachers were ok.  There was just the assumption that we were…I said to my principal that this offer to go home was not extended to the other teachers and those other teachers are teachers of color…He went to talk to the other teachers, and they expressed that they thought staying was the right thing to do but were not offered to go home or even have some time to regroup…[white women] are held to a different standard, one that I am not held to.

There are certainly a couple of ways to look at this situation:

Cultural Competence:  What is my history and the history of those around me?  In the spirit of constructivism and differentiation, it makes sense to adjust our approach with varying individuals, audiences, and groups.  But when does that adjustment undermine the very message that we are attempting to convey, especially as we work toward social justice with students, parents, and staff?  One article expressed that:

As I see it, social justice requires resource equity, fairness, and respect for diversity, as well as the eradication of existing forms of social oppression. Social justice entails a “redistribution” of resources from those who have “unjustly” gained them to those who justly deserve them…

In the example shared by the Black teacher, one way to redistribute resources would have been to ask the teachers, least likely to be asked, what they needed and to then to grant their request.  Additionally, one might see the Black teachers as being oppressed by the principal (not being asked if they wanted to go home, especially after being physically involved in the fight) and also by their own thinking (expressing that staying seemed to be the right thing and for not asking to go home).

Full stop: it is important to note that the way we define “right thing” matters and is riddled with complexity.

One could easily say, “Maybe the white teacher asked to go home.”  And that could very well be true.  If that is the case, how could the principal have responded if the white teacher made the request?  He could have coached her on the importance of considering racial and gender bias when making personnel decisions and then made a decision that “redistributed” privilege, especially given the school’s ongoing professional development on white privilege.

The real issue isn’t that principals send people home.  It’s the why, the who, the message it sends and reinforces, and who consistently benefits from the decision.

To be clear, in this country, white is more valued. Period.  It’s why some people feel like they can make a request and why others don’t.  As such, how we are consciously leading, managing, coaching, and mentoring with these considerations in mind?

On the other hand, some leaders want Black folks to ask directly for what they need and to not complain that someone else does. For some leaders, there is an expectation that Black teachers help to dismantle white privilege by self-advocating directly and unequivocally for what they believe is justice. That’s where the courage comes in.  And yes, there may be backlash. Community Activism: How do I act as an individual and as a collective for social change?

In the paper Of Smog and Moving Walkways, we see a snapshot of how breathing in the smog of racism impacts all of us, even the African Americans we expect to help dismantle.  Beverly Tatum shares

To say that it is not our fault does not relieve us of responsibility. However, we may not have polluted the air, but we need to take responsibility, along with others, for cleaning it up. Each of us needs to look at our own behavior. Am I perpetuating and reinforcing the negative messages so pervasive in our culture, or am I seeking to challenge them?

One Black education leader expressed the frustration that Black people are expected to advocate for themselves when their white, often female, counterparts are advocated for.  This leader expressed that it is exhausting to work in urban education and that it can feel even more impossible when Black staff are expected to fulfill the job description of their designated role AND continuously advocate for themselves in spaces that communicate their Black acquiescence is preferred.  Because we understand how racial privilege works, it’s clear (to some degree) why Black folks suffer in silence.  Even in expecting Black staff to help dismantle, there is a larger question.  As managers, leaders, coaches, and mentors are we doing our part to open the door so that Black people, who have historically seen evidence that it is desirable for them to be silent, feel comfortable speaking up?

And if we are doing our part, are we doing enough?  More importantly, what is the evidence confirming how we (education leaders) evaluate the degree to which we are doing enough?  In other words, it is not enough to say that we believe in diversity and to say we are working to level the playing field.  Without confirmation from the folks we endeavor to uplift, we cannot be sure that we are doing enough to actively dismantle white privilege.

All of this can feel like a philosophical tug-of-war.  Sort of like Dr. King and Malcolm X.  Or maybe like Booker T. Washington and W.E.B Dubois.

There is certainly validity in Black leaders thinking that they have a responsibility to advocate for African Americans more.  The unfortunate caveat is that in focusing on work with African Americans, white staff may view this advocacy as favoritism, and thereby the Black leader may face additional challenges in already demanding work.  Because white staff, particularly white women, are the majority in urban schools, and because the white voice is valued more, these challenges can seemingly feel as if they are multiplied and then magnified.

Let’s imagine that the leader in the situation described at the beginning of this article is aware of white privilege at play and invites Black staff to share what they need after the fight between students.  This advocacy for Black staff may seem to be a way of lowering the bar for Black staff; it could be a way of excusing them from advocating for themselves.  Additionally, if the leader thinks about what is happening to the Black staff, he or she can miss noticing how the white female is experiencing things, which could lead to the multiplier and magnifier effect.  On the other hand, advocating for white staff can communicate the same message and can give leaders a reason to not notice what is happing with Black staff.  One of the most challenging elements in this for some leaders is that they believe that schools should be examples of social justice for children and for adults who share the race and class of their students because if schools can somehow elevate the perspectives of the unheard voices on staff, they may be more likely to do the same for students and families.

So, why are some Black staff less likely to emote publically?  One Black leader shared that their work life is not the most challenging part of their lives.  Another leader expressed that at times she finds herself feeling more angry than anything else but that Black anger is not welcomed in the workplace and is seen as unprofessional, resulting in discipline rather than empathy from supervisors.

Some Black leaders say that it is challenging to find a culturally proficient mentor, someone who will assume the best of them and invest time and resources to develop them.  Furthermore, because so many education leaders are white, it is easier for white people to find same race mentors, coaches, and managers.  This mentorship increases the likelihood that the leader will be empathetic to the needs of the mentee, thus making it more likely that the leader will respond to mentee’s needs/requests and to advocate for them.

To enact the following ideas with fidelity, first, assume that anyone who works in urban education is doing social justice work, not just for students, but for anyone whose race and class match that of the student body, really for anyone who is part of an oppressed group.  It is the notion of

…equity, fairness, and respect for diversity, as well as the eradication of existing forms of social oppression. Social justice entails a “redistribution” of resources from those who have “unjustly” gained them to those who justly deserve them…

As such, these solutions involve a redistribution of resources from those who have unjustly gained them to those who justly deserve them.

Thank you for reading the part 2 of the series focused on the impact of white tears in urban schools.  In part 3, I will share how a number of white educators responded to the 1st article, both in their allyship and with their questions.  I am a leadership and teacher coach, consultant, and trainer with a particular passion for urban schools.  I’m more than happy to confer about ways we can partner in achieving meaningful outcomes for students, particularly the ones below, outcomes that align with cultural responsiveness and social justice. 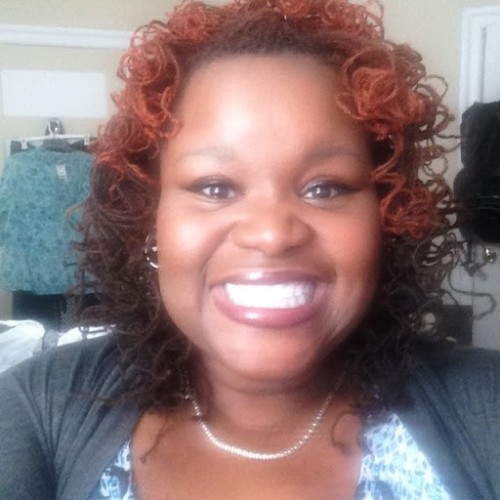