The Real End Game for Staff and Students 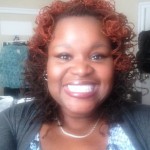 These experiences have given me reason to think more about what it means to be culturally responsive, not just as an educator but also as a human being.

The first time I thought deeply about race was probably in high school.  I was one of 4 African American students in an honors class, combined English and history.  Each seat was coveted; so when the history teacher commonly made racist comments such as, “What do you call a Black man who…” Well, I didn’t complain.  Instead, I swallowed my discomfort.

I acutely remember one instance when, after the joke, many students laughed, but this time was different because I wondered, What are the other Black students doing?  I glanced around the room and found that at least one of them laughed as well.  In my 16-year-old body, I probably had a number of silent reactions.  Curiosity.  Anger.  Confusion.  Sadness.

Looking back, I now wonder, Did the students really think the joke was funny?  Appropriate?  Were they aware, even then, of the social capitol they gained by going along with cruel and hateful comments?  And what about my silence?  Was I condoning the jokes in exchange for a seat in the course and, hopefully, a recommendation to college?

As an undergraduate student at Howard University, I began to experience race and class in a new way.  There were students, all of them Black, with such diverse incomes.  Some whose parents owned companies while others whose parents received welfare.  I met actual nineteen year olds whose lives looked like the Cosby Show.

As a teacher in Philadelphia, my lens was widened yet again as I saw how people (including me) treated Muslim children differently from Christian ones. Why were we doing that? What did we fear from these children? What messages were we sending to other members of our community?

While serving as a principal, I had an experience with a transsexual student for the first time.  He wore wigs and makeup, lived in a Black community that did not embrace transexuality, and was a prominent figure in student activities.  I recall a number of staff, mostly Black males, not wanting to engage with him, almost wanting to treat him as if he was invisible.

One of my resounding thoughts was, How do we ensure that this student has a successful experience in school when some of us are afraid to even acknowledge his sexual identity and the way in which others treat him as if he is invisible?

High school, college, being a teacher and principal–all of these experiences have given me reason to think more about what it means to be culturally responsive, not just as an educator but also as a human being.

There are a number of researchers that highlight where schools and communities should focus their energy, especially in urban settings. The authors endorse the following as laudable outcomes for cultural responsiveness:

Can we successfully work toward these outcomes with students if the adults are not working toward the same outcomes?

I do not think so.

I now believe that the same outcomes we are working toward with students, we should be working towards with adults. If the purpose of education is, as Dr. King noted, “to teach one to think intensively and to think critically…to sift and weigh evidence…to achieve with increasing facility the legitimate goals of his/her life,” then all of us, staff and students alike, are aspiring to the five outcomes that speak to the heart of education. (These outcomes are my interpretation of the work of the researchers listed above and are influenced by my own experience.)

Imagine a world where every individual working for and with schools was held accountable and supported to grow in the same outcomes.

Imagine a world where every individual working for and with schools was held accountable and supported to grow in the outcomes mentioned above.  What if we weighed each outcome as equal?  How then would our schools, even neighborhoods, be more powerful?

Consider this: there was an event where Black men were asked why they weren’t teachers.  Several noted that they had difficulty passing the Praxis.  Others talked about how they were labeled as “bad students” and were funneled into special education.  One particular Black male shared that he worked in a school as a paraprofessional, lived in the community, and had great relationships with parents.  One might conclude that this particular male’s area of strength was Critical Consciousness and his area of growth was academics.

As a principal, I remember a time when we planned home visits.  Overwhelmingly the staff was receptive to the idea.  But a few staff were resistant, with the most resistant ones tending to be White, middle class Women.  One might conclude that these teachers’ area of growth was Critical Consciousness and their strength Academics.  In our school systems, the teacher who needs to grow in her relationships with families and community (Critical Consciousness), but has passed the Praxis (Academic Achievement), will likely get hired.  But the individual who has not passed the Praxis (Academic Achievement), but is strong in family and community relationships (Critical Consciousnes), will likely not get hired as a teacher.

And the Passer of the Praxis will be the one more likely to get coached and developed. Add to this equation that more than 80% of teachers, the Passers of the Praxis, are White and mostly female and that many in non-teaching and non-instructional roles are people of color.  We then have a system where those who are coached and developed are more likely to be White and female in schools were the majority of the students are children of color.

If this description is accurate, what message does that send about who is important and what work is important?  How then are our young people interpreting, digesting, and internalizing their experience with all of these elements.

It’s interesting, isn’t it?  We want children in urban schools, who tend to be mostly of color, to believe that they can thrive in any career.  However, the picture we have constructed for students, in terms of the composition of school staff and who gets the most support and development, may actually be communicating a different picture.

I could certainly be painting the broadest of strokes here. But maybe I’m not.

The work is academics and community and history and anti-oppression and healing. It’s all of it. But where do we begin?

The world that we are preparing young people to live in will be more and more diverse.  Linguistically, religiously, ethnically, sexually.  Given this reality, students may be in even greater need of developing in the outcomes mentioned above.  And as the adults who love and teach them (and hopefully learn from them) so are we.

But how can we teach what we do not know?

Even thinking about the magnitude of working toward the 5 outcomes when schools are still challenged by one (Academic Achievement) gives me (and many of us) reason to shake my head, pack up my laptop, and go home.  But this is the work.  Finding another school or community or job won’t change the work.  We need to dig our heels in, refine how we define education, align support and accountability to this definition, and do the work.

Most likely starting with ourselves.

If we really want to stop having the same conversations about education year after year, it might help to admit that all of us are teachers and learners (including students) and that we need to dramatically broaden how we define the purpose of education.  Will modifying how we define education change the state of affairs immediately?  Probably not.

Let’s face it; the current system of education works more for a number of people (e.g., affluent, English speakers, heterosexuals, Christians, White) than for others.

While it may not change education today, I do believe orienting ourselves to the five outcomes mentioned above will further turn the ship in a direction that not only better serves staff, children, and families but also helps everyone involved to be (as hokey as this sounds) better people and way more likely to “think intensively and to think critically…to sift and weigh evidence…to achieve with increasing facility the legitimate goals of his/her life.”